Warning: Invalid argument supplied for foreach() in /home/customer/www/infatuatedpodcast.com/public_html/wp-includes/class-wp-theme-json.php on line 1091

Bear with me as I catch up on a massive review backlog! This podcast is all about my thoughts—snark and all—on my February and March 2018 review reads. It’s a shortie, less than 14 minutes long, so pop in and give me a listen! <3

Books mentioned in this podcast

The Bastard’s Bargain by Katee Robert

#Contemporary #Mafia
This is the first I’ve read of the O’Malley series (even though it’s #6) but I really liked it. Mafia isn’t usually my thing—I don’t handle nasty physical threats well, like permanent loss of limb with a cigar snipper (not that this story has any of that!)—but Dmitri Romanov is a real badass in this book. He’s an antihero, but he’s also human and relatable. And Keira O’Malley transforms from an addict who tries to lose herself in alcohol to Dmitri’s equal and queen. You go girl.

On His Knees by Laura Kaye

Crossing Promises is the third story in the Cross Creek series (and yes, you can read them as standalones, but you’ll get more out of each if you read them in order). This is Owen’s story, and I didn’t expect to fall in love with him but I totally did. Cate Mccallister is a woman with a rough past and she’s had some hard knocks, but I loved her spirit and courage, and especially her perseverance when it came to dealing with adorable, grumpy Owen.

Born of Darkness by Lara Adrian

This is the first story in the Lara Adrian’s breakout spinoff series Midnight Breed Hunter Legacy. The romance between Asher and Naomi felt a little rushed, and I didn’t really identify with her character (she uses her Breedmate gift to steal from a casino, the owner of which killed her mother), even though she’s altruistic, a sort of modern day Robin Hood.

Quick read. Good ending, nice action and a satisfying finish. Born Of Darkness is the first book in the Midnight Breed Hunter Legacy, a series of stories about the lost boys of Dragos’s brutal assassin program. You don’t need to have read the previous books to enjoy this one, but being familiar with the world will help.

To start from the VERY beginning, check out Kiss of Midnight. I really enjoyed the story arc of that first series, and the reboot that switched from the original couples to their grown-up children was one of the best I’ve ever read.

This is the third story in the Gideon’s Riders series. It’s a princess/bodyguard story, and it is HOT. It also takes its time. Maricela is such a sensitive, caring character, and Ivan tries his best to be no-nonsense.

This is a series you technically could read as standalone but probably shouldn’t. If you’re new, you can either start with Ashwin, which is the first story in the spinoff series Gideon’s Riders, or you can go all the way back to the start of the Beyond post-apocalyptic dystopian story world and read Beyond Shame. Highly recommended.

Have you read any of these books? Loved em? Hated em? Think the author is just the best ever? Leave a comment and let me know your thoughts!

S0E5: Romance for Every Reader (Pt 2 of 2) with Shelf Addiction 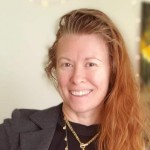 Sue "DaVinciKittie" Brown-Moore is a veteran romance influencer and the primary review voice for the Infatuated Podcast and GraveTells Romance. She has been shamelessly pimping book boyfriends since 2010 and has won several blogging & reviewing awards with GraveTells. Sue is also a seasoned, comprehensive editor who is on fire about educating and empowering romance authors. After leaving her work as the acquisitions editor for two traditionally published lines of category romance, Sue now works one-on-one with authors to bring out the absolute best in their stories. Check out her current openings and offerings at SueBrownMoore.com

This site uses Akismet to reduce spam. Learn how your comment data is processed.

Shout out on social media with our hashtags:
#ReadSomethingSexy
#BookSlut
#GetInfatuated

Listen on the go

Look for Infatuated on your fave podcast network, including…

Many links on this site connect to my Amazon Affiliate account, which means I’ll make a small commission should you purchase an item through my link. If in doubt, assume all product links are affiliate links.